It is interesting to note where the Southeast Asian city-state of Singapore sits amid the shifting poles of global power between East and West. 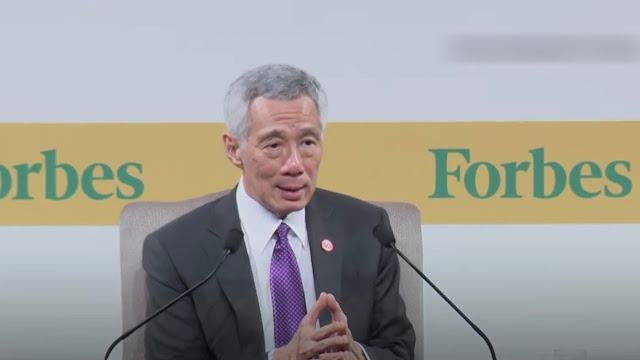 Once a British colony, the tiny island nation has since served as a barometer indicating the ebb and flow of Western influence over Asia, and now, the ups and downs of China's emergence as a regional and global power.

As China's rises regionally and globally, Singapore has shrewdly positioned itself to both benefit from its rise, while continuing to cultivate useful ties with the West. This creates a balance of interests that work to prevent any one nation from gaining too much influence over (or within) Singapore.

Singapore's view regarding ongoing protests in China's Hong Kong region is a good example that reflects these dynamics, with Singapore's Prime Minister Lee Hsien Loong undermining the narratives the Western media has been spinning for the unrest.


Protesters in Hong Kong are making unrealistic demands in an effort to take down the government, Singaporean Prime Minister Lee Hsien Loong said.

“Those are not demands which are meant to be a program to solve Hong Kong’s problems,” Lee said at the Forbes Global CEO Conference in Singapore on Wednesday. “Those are demands which are intended to humiliate and bring down the government. And then what?”

The protests, confirmed to be the work of foreign interests seeking to undermine and destabilise China, seek only to tear down the current government with no practical plan for what will replace it.


Prime Minister Lee's "and then what?" perfectly summarises the blind, raw emotions driving many of the protesters and the malign agenda of the protest's leadership who has stirred up unrest in the streets to begin with. 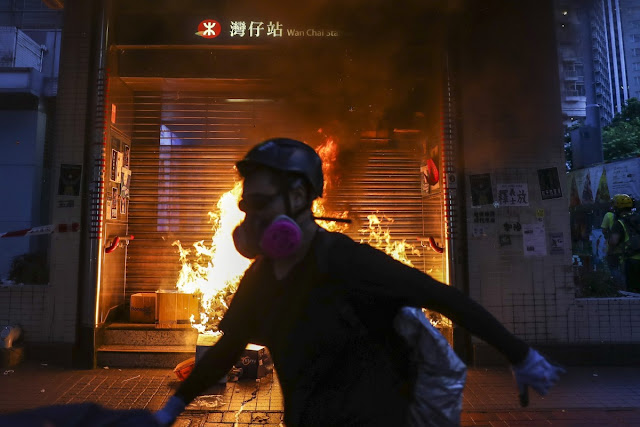 The supposed "and then what" many protest leaders have suggested is the notion of Hong Kong "independence." It is a notion that is entirely disconnected from reality, with the region's economy and demographics deeply and irreversibly tied to the rest of China. Beijing is also in no way ever to accept such a notion, and certainly not lacking the ability to prevent it from ever happening.

"Independence" and the following repercussions it would have on Hong Kong would leave the region, its people and economy suffering alongside the many other disasters unfolding in the wake of Washington's "democracy promotion" such as in Iraq, Libya, Ukraine, Syria and Yemen.

As protesters grow more violent and akin to terrorists, it certainly seems their only goal is to "humiliate and bring down the government." Nothing remotely realistic or constructive can be observed among the protesters' actions or demands.

Secondly, Prime Minster Lee's casting the protests in a more realistic and far less flattering light, contradicts the heroic and entirely fantastical light the Western media has portrayed them in. This can be interpreted as Singapore prioritising its ties with Beijing over Washington, London and Brussels, a prioritisation Singapore's leadership usually makes based on carefully thought-out, informed consideration.

Hong Kong's protests have attracted negative attention from many other nations across Southeast Asia including Thailand where the current government has condemned the Thai opposition's association with Hong Kong protest leaders, particularly Joshua Wong.

Were the United States truly in a position of sustainable and lasting primacy in Asia, it is unlikely we would be seeing bolder stances being taken by Asian states against its various schemes, including this most recent episode of Washington-sponsored destabilisation in Hong Kong.

Singapore, as a barometer of the region's balance of power, taking a clear stance on Hong Kong's protests, a stance opposing Washington's eager support of them, is another metric to consider when determining Asia's current and future political and economic landscape.