At face value, the Financial Times' article, "Laos’s Belt and Road project sparks questions over China ambitions," reads like a politically-motivated attack on infrastructure development in Asia. Because it is. 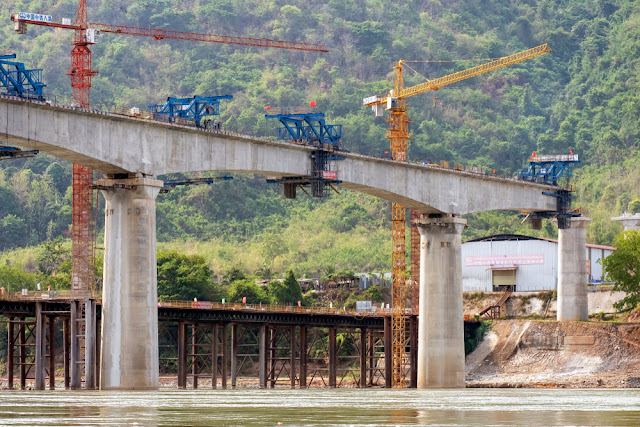 The article's subheading, "High-speed train line in one of Asia’s poorest countries may benefit Beijing more than locals," alone contradicts the correlation between the development of infrastructure and the alleviation of poverty. It also reveals the article as indeed, a politically-motivated attack on China and Asian development couched behind flimsy concerns over the nation of Laos and its people.


Near Bom Or, a village of dirt streets and shacks in northern Laos, Chinese construction crews have cut a tunnel through a mountainside to carry high-speed trains along a 400km rail line across the country, a section of a planned route from Kunming in south-west China to Singapore.

The tunnel is part of a $6.7bn project through the rugged countryside around Luang Prabang, the ancient capital of Laos, one of the highest profile being built under China’s Belt and Road Initiative.


Beijing has used the programme to build roads, ports and power stations in some of the world’s poorest countries. But critics have raised concerns about the social and environmental impact of the projects, saying that many of them are white elephants that have left states heavily indebted to Beijing.

The project in Laos, one of Asia’s poorest countries which has no independent media and limited civil society groups, has been carried out with little public consultation.

Of course, by "independent media" and "civil society groups," Financial Times means fronts funded by and for US and European interests.

The construction of massive infrastructure projects always incurs debt. The construction of nation-spanning or region-spanning mass transportation systems always displace locals living in their proposed paths and locals will always protest having to move from their homes. These are problems that mega-projects throughout history have always faced and are not unique to China's Belt and Road Initiative.

While these issues are noteworthy, the fact that the Financial Times (and other Western media outlets) omit the obvious benefits for Laos exposes the lopsided narrative of political propaganda dressed up as journalism.

Landlocked Laos is Finally Being Unlocked

Anyone who has previously set foot in Laos would have immediately seen and felt its isolation from the rest of the world and the impact it had on Laos' economic prospects.

A little more than a decade ago, those travelling through Laos would have noticed a severe lack of modern highways and a complete lack of rail.


To move from one part of the country to another, tourists, cargo and business people would have to travel through narrow, winding mountain roads. To travel from Laos' northern border with China to its capital near Laos' border with Thailand required around 3 days of travel only if team driving was used and no stops were taken for sleep.

Now that China is working with Laos to do just that, it has been met by concerted and constant condemnation from the West. 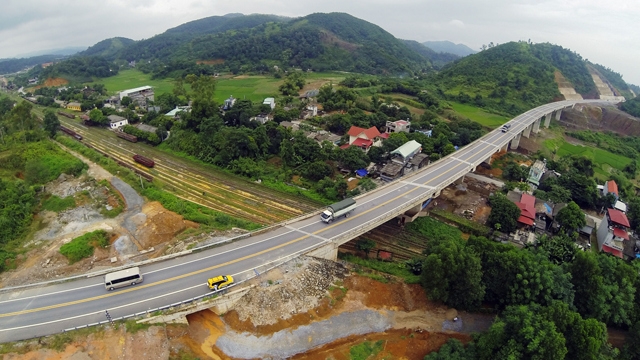 The Financial Times even admits:


One likely source of business will be Chinese tourists visiting Laos, whose numbers have roughly doubled from 400,000 in 2014 to 800,000 last year.

“It is Chinese tourists and products in, and raw materials out,” said Nadège Rolland, an expert on BRI with the National Bureau of Asian Research, a US think-tank. “But eventually the BRI is about much more than infrastructure — it is policy co-ordination that will align the claimed needs of the region with those of Beijing.”

Not only will transportation infrastructure in Laos connect it with China, Chinese as well as Thai projects seek to extend road and rail projects being built in Laos into Thailand and onward to Malaysia and Singapore.

Laos will go from a mostly isolated, underdeveloped nation, to a key corridor linking China to 3 of the top 5 largest economies in Southeast Asia. Its location will go from hindering its development to being central to its future development, wealth and trade.

The concept of cities and nations strategically located to facilitate transportation and trade being key to their historical wealth and success are concepts we are taught in elementary history and social studies classes. Why then are these same basic concepts escaping the attention of Western journalists while writing article after article condemning Beijing and Vientiane's determination to link the country with its neighbours through modern, high-speed transportation links?

The notion that high-speed rail is something only developed nations need, rather than a means to drive development is a baseless argument presented and promoted not by the people of Laos or supported by the facts surrounding ongoing development there, but by the editorial boards of Western publications like the Financial Times.

Attempts by the West to feign concern over "human rights" or "environmental" concerns in regards to infrastructure projects in Laos also fall far short of credibility. The US and other Western powers are not in any way genuinely concerned with the nation of Laos or its people. 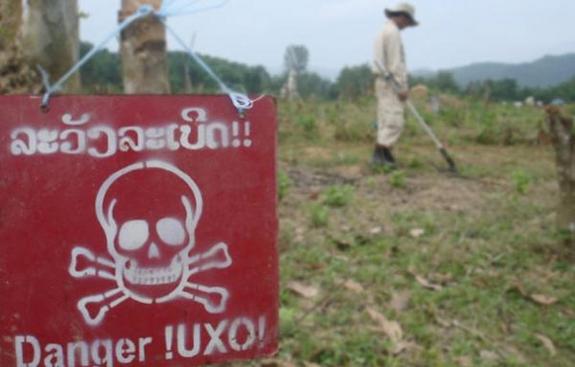 To prove it, the US alone left more than 80 million unexploded bomblets (10 each for every man, woman and child living in Laos) littering Laos during the Vietnam War. Since then, some 20,000 people have died and many more maimed by them.

Washington's token support to clean up its unexploded weapons is, for all intents and purposes, meaningless. The current rate of disposal the US funds means that Laos' countryside will finally be safe not in the next several years or decades, but several centuries from now. Rather than protesting desperately needed transportation infrastructure, if the US was genuinely concerned about Laos it would start by removing its own unexploded ordnance still killing and maiming Laotians to this day.

Not only does Washington fail to invest in actual areas of concern for the people of Laos (including fulfilling obligations regarding its own unexploded ordnance littering the nation), it is hiding behind disingenuous concerns to impede projects essential for addressing their best interests, including infrastructure and economic development.

Supposed "concerns" expressed by the Western media and the interests in Washington, London and Brussels they represent, are not about helping the people of Laos or protecting the environment, they are about preventing Laos from forever finally and fully escaping out from under the spectre of American and European colonialism past and present.

These "concerns" also mask what is in reality an attempt by the West to impede competitors like China from displacing what the US itself claims is its own "primacy" over Asia. China's drive to develop infrastructure and economic progress in neighbouring nations will also directly undermine US "primacy" over Asia.

An independent Asia built on healthy competition, collaboration and the primacy of national sovereignty is an Asia where Washington's and its partners' current approach to international relations cannot exist.

Luckily for Asia, it appears it is moving forward with an approach toward development that has displaced the West's divisive and disruptive presence in the region. Meanwhile, the West, instead of attempting to compete with China on equally constructive terms, is doubling down on the very approach that has precipitated its regional and global decline to begin with.