Biology has done what malicious US foreign policy aimed at China has failed to do for years; complicate China's relations along its peripheries (and the rest of the world for that matter), particularly in Southeast Asia. 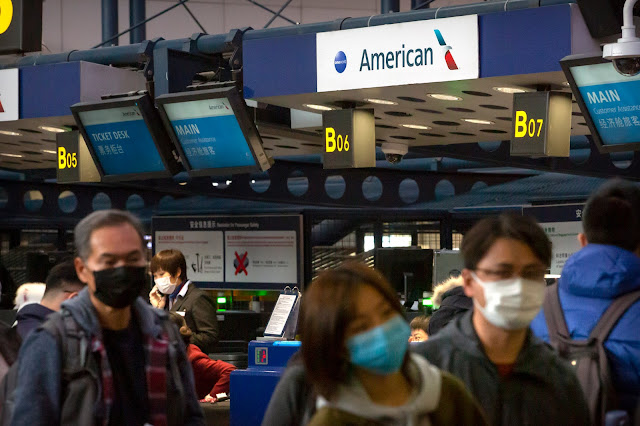 In Thailand, contrary to popular belief, Chinese tourists make up the vast majority of those visiting the Kingdom. Approximately ten times more Chinese tourists arrive in Thailand each year than tourists from all other Western nations combined.  With China's government putting travel bans in place to curb the spread of the recent coronavirus outbreak, Thai resort areas have seen a marked decrease in business.

The Bangkok Post in an article, "Chinese tourists desert Phuket as virus spreads," would note the impact on the southern resort island of Phuket, with locals describing about a 70% decrease in business and the Tourism and Sports Ministry estimating "50 billion baht of lost tourism revenue."

With the first Thai victim of the virus being a taxi driver who likely contracted it from picking up a Chinese tourist, many taxi drivers are now attempting to avoid Chinese fares; which may have a negative impact on Chinese-Thai tourism in the near and intermediate future.

While this disruption is likely to be temporary with tourism, business, and other Chinese-Thai relations bouncing back - the coronavirus outbreak illustrates a weakpoint in China's rise and one that most likely will be exploited by China's adversaries; particularly the United States.


Chinese Foreign Ministry spokesperson Hua Chunying Friday criticized certain U.S. officials' words and actions amid the ongoing novel coronavirus outbreak, noting that their behavior is certainly not a gesture of goodwill as they are neither factual nor appropriate.

U.S. State Department Thursday announced a highest-level warning not to travel to China due to the recent coronavirus outbreak. On the same day, U.S. Commerce Secretary Wilbur Ross said the spreading coronavirus will accelerate the return of jobs from China to the U.S.

Thus, the US is cynically using the outbreak to enhance its anti-China policies at a time when other nations are extending aid to the Chinese government and the Chinese people.

While the outbreak is most likely an accident prompted by China's breakneck development, industrial-scale agriculture, immense population and the millions of Chinese people who travel within and beyond China's borders, the fact that certain US policy circles have contemplated the use of biological weapons to achieve exactly the same results the coronavirus outbreak is having should be a stark reminder to China and all other nations about the importance of being able to quickly and effectively combat such outbreaks.


Even without the US being behind the outbreak, the US is openly taking advantage of it; yet another illustration of how important it is to first prevent such outbreaks, as well quickly react to them should they happen.

The outbreak will continue into the near future, but in the intermediate future it will subside just like previous outbreaks of similar respiratory viruses (SARS, MERS). Once the outbreak subsides, China and its partners must carefully consider how to avoid a repeat of this event.

China will also have to consider future measures to protect itself from nations like the United States who seek to exploit China at a moment of weakness such as now.

Outbreaks are a part of modern civilization, resulting from overcrowding and the ease of travel allowing an infected person to carry a disease from one part of the world to another in just hours. Past outbreaks of have proven that nations can adapt and overcome them and then bounce back. Improving prevention and refining responses after this recent outbreak will define China and its international relations into the foreseeable future.

Complacency will only invite future accidents and even tempt malicious state actors to spur such accidents when all other methods of confounding their adversaries fail. China has already demonstrated significant resolve, but only time will tell how this most recent outbreak will play out in its entirety, both in terms of a human health crisis and in terms of short and long-term geopolitics.