PETA-UK Scam a Warning to Trading With West

Animal rights front PETA and British retailers and media have teamed up to deliver a collective and politically-motivated blow to Thailand's agricultural exports and in particular its large coconut industry (second largest coconut exporter in the world). 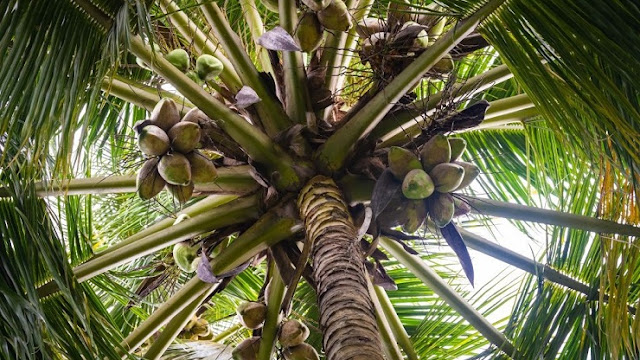 PETA makes the absurd claim that Thailand's immense coconut industry depends on "monkey labour" to collect coconuts from trees and that these alleged monkeys are regularly abused.

The vague, baseless report citing neither specific numbers nor basic statistics regarding Thailand's coconut industry and practices nonetheless prompted, according to PETA, "more than 18,000 stores around the world" to "never stocking products sourced from monkey labour after speaking with PETA and its affiliates." The campaign was also publically supported by the British prime minister's fiancée, Carrie Symonds.

The economic impact is already being felt in Thailand by some with Reuters claiming in an article titled, "Coconut milk maker hit by monkey labour accusation," one of the nation's largest coconut product exporters has seen sales drop by 20-30% after the move.

PETA and the UK's collective action comes at a time when the US and British governments have been increasing pressure on China and its allies.

Thailand has in recent years expanded its cooperation with China at the cost of US-European influence in Asia-Pacific and as a result has suffered serial public relations attacks, political subversion and targeted condemnation from the West.

This most recent attack is hardly an isolated incident. It makes up part of a much larger campaign of baseless attacks aimed at undermining Thailand's economic and political stability and Asia's continued rise as a whole.

The use of monkeys to collect coconuts in Thailand in reality is almost nonexistent on large farms. Thailand produces over 800,000 tonnes of coconuts a year, meaning "monkey labour," if true, would be so extensive PETA would have had an easy time documenting specific numbers and presenting sufficient, overwhelming evidence.

Instead, it posted vague accusations and admits it only visited eight farms (though provides no evidence of even this). Its own "video" shows only 14 scenes from what appears to be only one farm and the same 1-2 monkeys used throughout the entire short 1 minute and 39 second video clip. No information was provided about where or when the video was taken or how representative it is of Thailand's overall coconut industry.

At least one "scene" was reused twice in the clip meaning PETA didn't even have enough video footage of its own allegations to pad out its extremely short presentation.

At the time of this writing, no full report is linked to on its website (if one even exists) and no statistics at all are presented amid what is otherwise clearly propaganda aimed at audience's emotions rather than genuinely investigating and exposing "abuses."


Hypocrisy and a Warning

While the UK and other Western countries eagerly target Thailand's entire coconut industry based on PETA's 1 minute and 39 second long video of 1-2 monkeys collecting coconuts, these nations and the specific stores boycotting Thai products still eagerly consume products using cocoa produced in Africa through the use of child labour.


Mars, Nestlé and Hershey pledged nearly two decades ago to stop using cocoa harvested by children. Yet much of the chocolate you buy still starts with child labor.


About two-thirds of the world’s cocoa supply comes from West Africa where, according to a 2015 U.S. Labor Department report, more than 2 million children were engaged in dangerous labor in cocoa-growing regions.

When asked this spring, representatives of some of the biggest and best-known brands — Hershey, Mars and Nestlé — could not guarantee that any of their chocolates were produced without child labor.

Stores in the UK including Sainsbury's, Asda, Waitrose, Tesco and others still carry products produced by Mars, Nestlé and Hershey.

Beyond blatant hypocrisy, the UK's selective outrage demonstrates what are clearly political motivations and serve as a warning for the rest of the world when doing business with not only the UK but the West in general.

What Can Targeted Nations Do?

Nations like Thailand have several options to avoid or at least manage similar attacks in the future.

First and foremost and as Thailand is already doing, investments should be made in auditing supply chains and being able to provide evidence quickly to refute baseless accusations like those made by PETA.

Better yet would be media campaigns to preemptively showcase labour conditions within key Thai industries to head off potential attacks on economically important sectors.

This could be done by investing more in English-language media to help tell Thailand's side of the story including through documentaries detailing key Thai industries. Such documentaries like those already done by China's CGTN, Japan's NHK or Russia's RT would help collectively educate the world about Thailand and insulate the public from propaganda like PETA's recent attack.

A second option is to continue diversifying exports away from Western nations and toward more reliable and trustworthy partners less prone to abusing rights advocacy as a political and economic weapon. Further development of domestic markets would also help soften the blow of such attacks.

This is already happening with nations like China, Japan and other ASEAN partners collectively providing Thailand with its largest and most important export markets. This trend continues as Asia rises and Western economic power continues to stagnate and wane.

While Thai companies and many others in Asia certainly benefit from doing business with the West, they must fully recognize the danger the West's style of economic warfare presents, the many ways it is waged and ensure nothing critical to Thailand's and Asia's wider prosperity or stability is overly dependent on these markets.

For the UK, it makes up but a fraction of Thailand's export market and its ban on Thai coconuts is just another small step the UK takes in further exposing its unreliability as a trade partner and further isolating itself from a world it attempts to coerce and control through such tactics.