A British arms embargo on Hong Kong over "human rights concerns" while the UK continues to arm and train Saudis amid Yemen genocide?

Further evidence the UK hides behind "human rights" rather than stands for them was demonstrated when London placed sanctions on Hong Kong after the passing of a security law aimed at combating overt foreign interference in special administrative region of China. 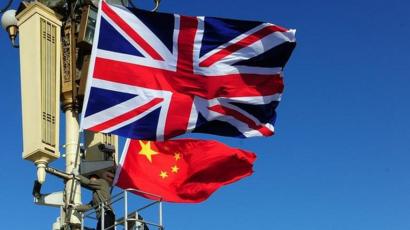 
The UK government will suspend its extradition treaty with Hong Kong "immediately and indefinitely".


[British Foreign Secretary] Mr Raab also confirmed the government would extend its arms embargo - which has been in place with China since 1989 - to Hong Kong, stopping the UK exporting equipment, such as firearms, smoke grenades and shackles, to the region.

The article cited other members of the British government condemning China for alleged human rights abuses, violations of international law and a lack of democratic values. This comes after the UK caved to US pressure and banned Chinese telecom company Huawei from involvement in the UK's 5G rollout.

Omitted from the BBC article was mention of the UK's own and very real abuses.

British Human Rights Concerns are Projections of Own, Real Abuses

At a time when the UK condemns China for its "actions in the South China Sea" the UK still finds itself involved in wars of aggression and military occupations around the globe, side-by-side their US allies.

Worse still is that while the UK pledged to extend an arms embargo on Hong Kong over human rights concerns, the British government continues to arm nations like Saudi Arabia who is still currently waging war on neighbouring Yemen in a conflict the United Nations itself has called "the worst humanitarian crisis in the world." 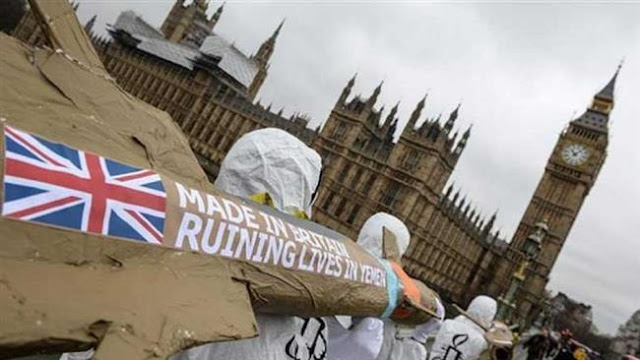 The New York Times in its article, "Britain Says It Will Resume Arms Sales to Saudi Arabia," would admit:


Saudi Arabia is a big market for British arms manufacturers. Between April 2015 and March 2018, Britain’s government licensed the sale of at least 4.7 billion pounds (around $5.89 billion) of military equipment to the Saudis, and a further £860 million to its coalition partners.

Sales of arms were temporarily "suspended" over growing awareness of their use in Saudi atrocities in its ongoing war of aggression in neighbouring Yemen. After sufficient lip service was paid to "investigating" the issue, sales were resumed with claims abuses were "isolated."  The US has likewise sidestepped concerns over arms sales to Saudi Arabia with a $478 million missile sale moving forward.

This staggering hypocrisy was noted even within the British government itself, the NYT would note:


Emily Thornberry, who speaks for the opposition Labour Party on international trade, described the resumption of arms licenses to Saudi Arabia as “morally indefensible.” The timing, she added, suggests “at the very least a case of mixed messages, undermining the government’s claim to be human rights defenders.”

Indeed, the British government's claim to be human rights defenders is undermined if not entirely exposed as a façade behind which it advances various agendas. It cites "human rights" when smearing its opponents on the global stage such as China (often with fabricated claims), then eagerly, openly and unapologetically tramples human rights when convenient.

The common denominator between Britain's otherwise contradictory stance regarding China and Saudi Arabia is its desire to advance its geopolitical agenda in undermining competitors and bolstering its own wealth and influence globally. Human rights is a mere prop to be used or abused.


Besides the UK's stunning hypocrisy, the latest moves made against China regarding Hong Kong remind the world that the very sort of imperialist ideology that saw the British take the territory by force in 1842 is still very much alive and thriving in policy circles in London and across the Atlantic in Washington. While outright military occupation is impractical, the UK and its American partners still seek to influence and interfere in Hong Kong's political and economic affairs.

The continued antagonising of China within its own borders, the use of warships to provoke China off its own shores and sanctions aimed at crippling the nation economically are all very deliberate acts undermining not only China's peace, prosperity and stability, but that of the entire world who increasingly see China as a valuable economic and political partner.

The ultimate hypocrisy here is that as the UK claims it stands as a force for "good" in the world, it is in fact an enabler of waning Western interests desperately trying to plunge the world into chaos to spoil the success of its competitors and search for an opportunity to reassert themselves, reclaim their wealth and revive their demonstrably malign influence globally.